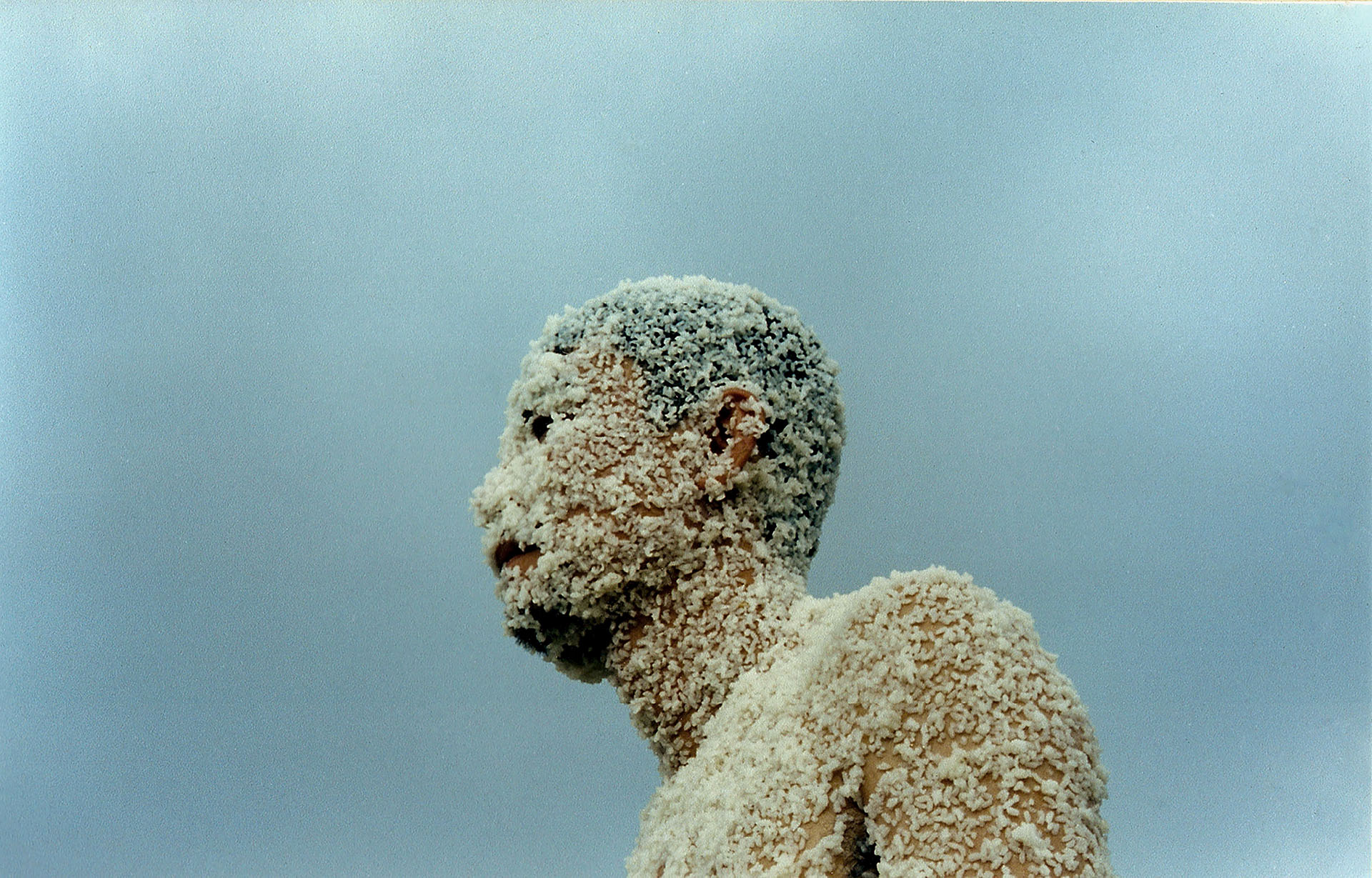 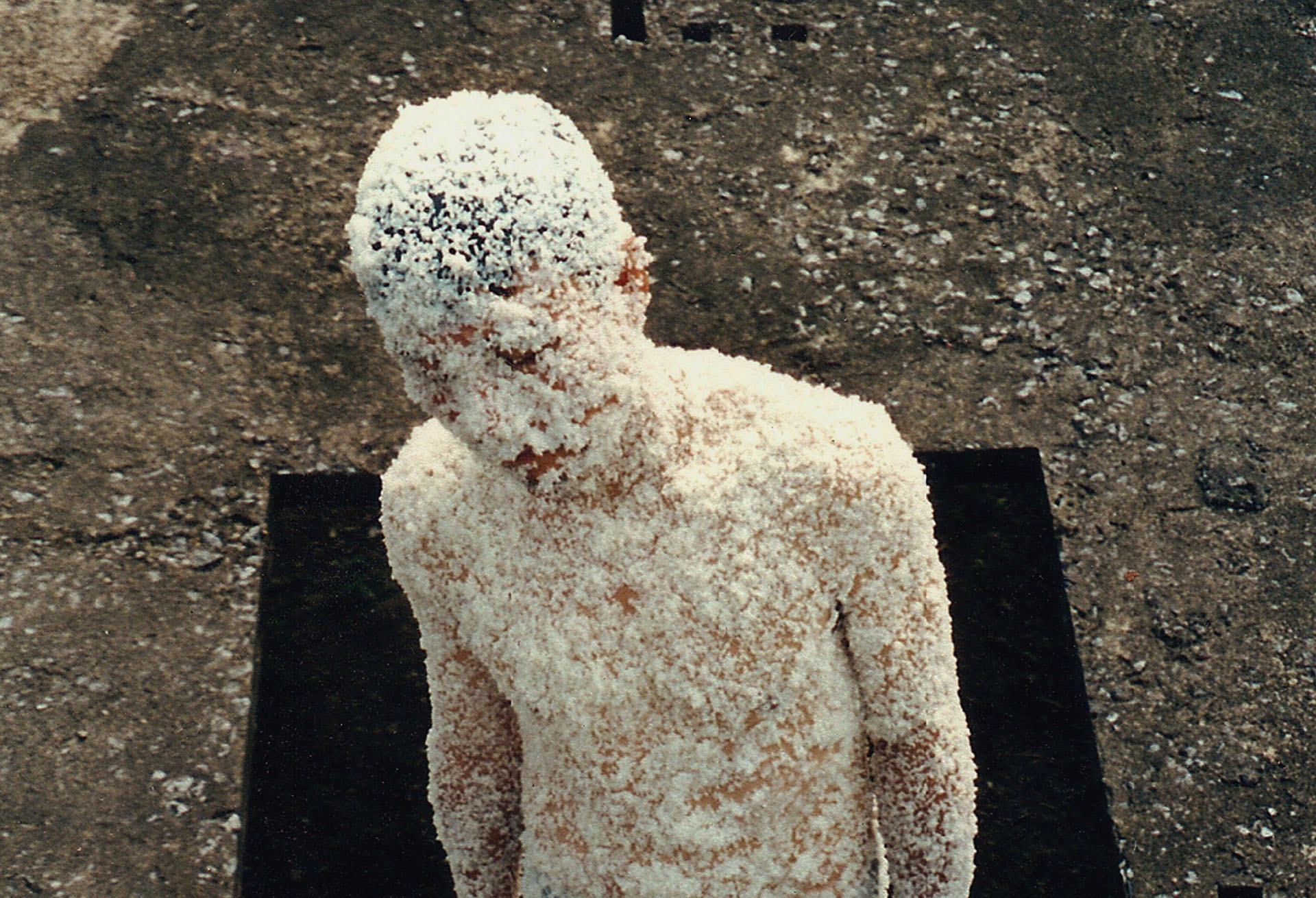 Description
Because I was growing up in the countryside of northern Vietnam during bombing time in the American war. So before going down to the coal mine tunnels, I kept deep in my mind the idea of what the hardship life of a man is as a farmer. Then, when I saw the workers in the coal mine tunnel. I suddenly realized the coal miner’s life is much harder and dangerous! The idea came from a flash moment in my brain (when I walked in the long and dark tunnels): Comparing between farmer/miner, rice/coal, white/black, soft & sticky/ shiny & rigid, and then a sudden desire eagerly to be a Steam Rice Man in the middle of the town/factory where is covering by the coal powder and entirely in the black color.

Description provided by the artist.

Statement
“…How much rice will be eaten
in order to make a piece of coal?
White and black
Soft, Sticky, and hard rough.
Sow a coal seed,
it will take a thousand years!”
Steam Rice Man was performed as part of the Mao Khe coal mine project in which Tran Luong and 11 other artists from Hanoi spent two weeks at the disaster-prone Mao Khe coal mine in Quang Ninh province. The experience of working in the deep, dark, and dusty tunnels left a profound impact on the artists: it took roughly 40 minutes of showering to rid the body of the thick black dust, dust which can never be fully expelled from the lungs.
In Vietnam, the life of hardship was often associated with the farmer, especially since farmers were the most exposed to wartime bombings, but this project let the artist realize that coal miners’ lives were equally grueling, if not more so. Whether deep in tunnels or under the scorching sun, the miners and farmers bore the onerous task of producing fuel for Vietnam. This prompted the poignant juxtaposition of rice and coal powder: soft and hard, sticky and dusty, white and black. The use of rice and coal on the artist’s performing body produces a highly visceral and sensual encounter, for the materials are at once alluring and haunting. Here, these two disparate substances – dependent on yet indispensable to labor alike – underline the often-overlooked human expense vested into making the material.